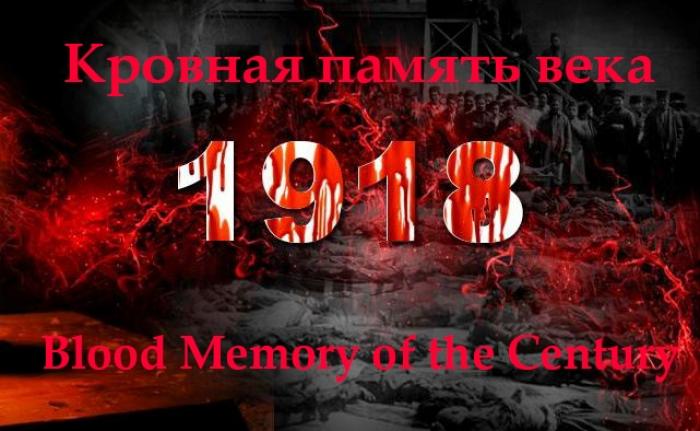 Electronic collection is being prepared dedicated to the 100th anniversary of the 1918 genocide, which one of the bloodiest pages of the history of Azerbaijan. The project supported by the Council on State Support to Non-Governmental Organisation under the auspices of the President of the Republic of Azerbaijan, is being implemented by the Public association «The Centre of Effective Initiatives» (CEI).

Dashnak-Bolshevik armed forces operating under the name of "Baku Soviet" in March-May 1918 in Baku, as well as in Karabakh, Shamakhi, Guba, Lankaran, Ganja and other regions of Azerbaijan, in the settlements of current Armenia, in Zangazur and Yerevan who lived Azerbaijanis, tens of thousands of people were killed for ethnic and religious affiliation, plundered settlements, cultural monuments and mosques were destroyed.

The government of the Democratic Republic of Azerbaijan established an Extraordinary Investigation Commission to investigate crimes against humanity committed by Armenians in the 1918. However, this process was suspended after the collapse of the Republic in the 1920.

President Ilham Aliyev's decree "On the 100th anniversary of the 1918 genocide of Azerbaijanis" (January 18, 2018) aims to convey these facts to the world community more fully.

The project implemented by the Centre for Effective Initiatives also serves this purpose.

Electronic collection on the project, which was designed in the Russian (“Кровная память века”) and in the English languages (“Blood Memory of the Century”) are posted on the association's Electronic Website azerbaycanlı.org.