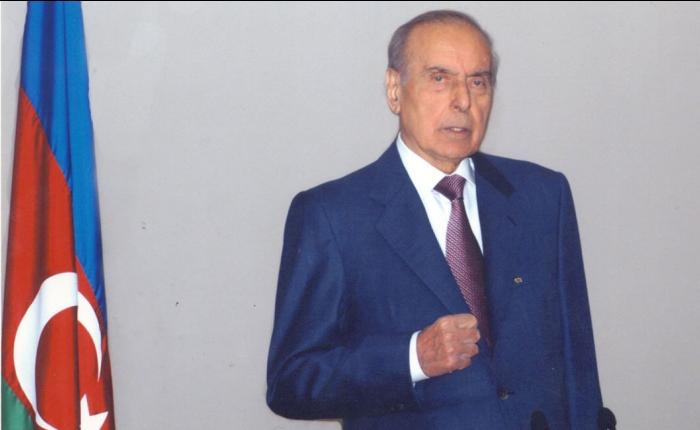 Today Azerbaijan is living through the 8th year of its independence. One of the most distinguished ‎results achieved in the period of independence is obtaining of possibility to create the objective ‎picture of the period and events that were hidden, falsified and misrepresented in the course of ‎many years. One of these events is day of Genocide of Azerbaijanis the anniversary of which is ‎being celebrated today and which has received its political and legal appraisal.‎

Celebrating annually the 31 March – day of Genocide of Azerbaijanis, we return repeatedly to our ‎historical past and commemorate with a heavy heart the implicit actions taken against our people.‎

Our people faced several severe tragedies in XIX-XX centuries. Armenians, these cruel and guileful ‎executors of imperial politics of big countries have repeatedly committed ethnic purges and ‎genocide against Azerbaijanis, inflicting hardships, national tragedy and misfortunes to our people. ‎Hundreds of thousands of civilian Azerbaijanis were annihilated because of their ethnic affiliation, ‎driven out of their native lands, ancient settlements of Azerbaijan were destroyed.‎

The politics of genocide, carried out by Armenian nationalists due to the imperial politics of tsarist ‎Russia at the launch of the century and Soviet regime in 40-50s, strengthened even more starting ‎from the mid-80s under the veil of “perestroika” policy and brought new tragedies to the people of ‎Azerbaijan. Unfortunately, neither the international community, nor the leadership of the Republic ‎of Azerbaijan gave appropriate appraisal to these bloody actions in due time, consequently creating ‎favorable conditions for successful activity of nationalist-separatists forces.‎

In consequence, hundred thousands of Azerbaijanis were annihilated and driven out of their ‎historical lands because of their ethnic affiliation on the first stage of the Nagorno-Karabakh ‎conflict kindled since 1988; atrocious crimes were committed against the people that protested such ‎injustice in Baku and other parts of Azerbaijan in January 1990; bloody Khojaly genocide was ‎committed in 1992. ‎

As a result of the adventurous ethnic purge movement of the Armenian aggressors and ideologists ‎of “Great Armenia”, more than one million of our compatriots were driven out of their native lands ‎and were subject to inhuman sufferings. Only in the 20th century, more than 2 millions of ‎Azerbaijanis fell victims of the atrocious genocide committed in either form by our enemies. ‎However in spite of these tragedies, hardships and injustice, our people survived, protected its ‎independence and demonstrated strong will. ‎

Today, we take a look at our history once again. We are proud of our successes and regret for our ‎losses. Now, all conditions have emerged for Azerbaijan to live as an independent state, spread its ‎just voice in the world and strive for eliminating injustice occurred in the past. ‎

Among our main tasks are: to form in the present and future generations a strong memory about the ‎genocide committed against our people in the last century; to achieve a political and legal ‎assessment of those tragedies in the whole world; to make efforts to liquidate their consequences ‎and prevent such acts in future. For that purpose we should only demonstrate strong and steadfast ‎national unity. We can prevent any treachery and aggression against our people only with steadfast ‎struggle and will on the way to independent Azerbaijan state, which is the highest goal for all of us.‎

I call upon you to unite and struggle steadfastly on the way of defending the national interests and ‎rights of our people.‎