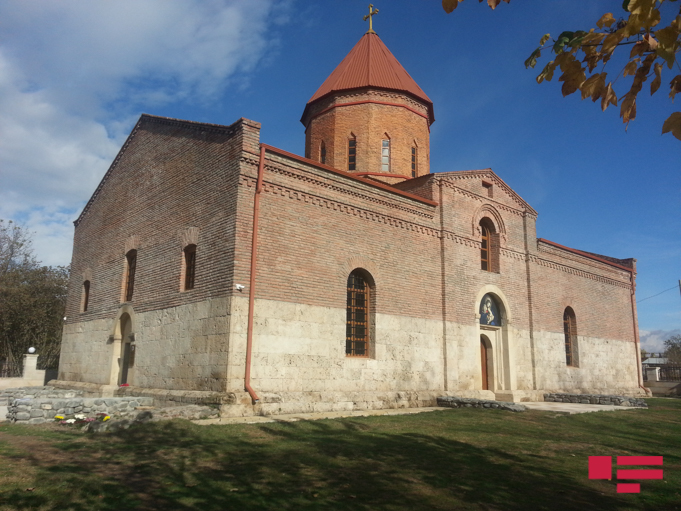 The Albanian Church of the Blessed Virgin Mary located in Nij settlement of Gabala district has been restored by the Heydar Aliyev Foundation.

According to AZERTAC’s regional correspondent, the Albanian Church of the Blessed Virgin Mary was reopened after restoration on 7 November.

The chairman of the Albanian-Udi Christian religious community of Azerbaijan, Robert Mobili, has said in an interview that the reconstruction by the Heydar Aliyev Foundation of the Albanian Church of the Blessed Virgin Mary in Nij settlement and the handover of this church to the community are a historic event. The restoration of this historical heritage testifies to the importance Azerbaijan is attaching to multicultural values. “Despite the fact that Azerbaijan is waging the Patriotic War to liberate its occupied lands from the enemy, churches in our country, including the Albanian one, are being restored. This is an indicator of the level of multiculturalism in Azerbaijan. Azerbaijan is an example for the whole world in terms of friendly coexistence of many peoples”.

Robert Mobili noted that different peoples live together in this land. “Today we are also united against the enemy. Among the soldiers on the frontline, there are also representatives of ethnic minorities living in Azerbaijan. Because this land is our common homeland. Our prayers are with our soldiers. Azerbaijan is waging a war to restore its lands. But the enemy is fighting and dying in a foreign land,” he said.

Expressing his attitude to the military actions of Armenian religious leaders at the front, the chairman of the Albanian-Udi Christian religious community of Azerbaijan said, “The video footage circulated by the enemy shows that Armenian religious leaders take up arms and fight against us. I was horrified to see Armenian priests being blessed and sent to war in the church. Is there such an approach in the Christian religion? Is it possible to call people to war? This is not the case in Islam or Judaism. This is not the case in Christianity either. One of the prohibitions of Christianity says: Thou shalt not kill! But we see that the opposite is true for Armenian religious figures. On the other hand, let's look at the realities of Azerbaijan: representatives of different peoples and cultures live together here. The Udi are the successors of the Albanian Church and have preserved Christianity. The Armenians, on the other hand, have Armenianized the Albanian churches in the occupied territories. Today we see the Armenians, who were moved to Karabakh, destroy, together with Albanian heritage, Islamic temples, monuments, historical sites, and change their architectural style. These religious temples are being restored in Azerbaijan.”

On behalf of the community, Robert Mobili thanked the Heydar Aliyev Foundation and its leadership for the reconstruction of the Albanian Church of the Blessed Virgin Mary.

Gabala district is a region where a system of multicultural values has been historically observed in Azerbaijan– three heavenly religions of Christianity, Judaism and Islam, religious communities of ethnic groups professing these religions, churches, synagogues and mosques, as well as various ethnic minorities and ethnic groups. Of the 10,000 Udi living in the world, about 4,000 live in Nij settlement of Gabala.

The restoration and reconstruction of our historical and religious sites, including mosques, churches, synagogues, as well as the construction of new prayer houses, are an integral part of the policy pursued by the Azerbaijani state in this area. The Heydar Aliyev Foundation is also directly involved in the implementation of this policy. 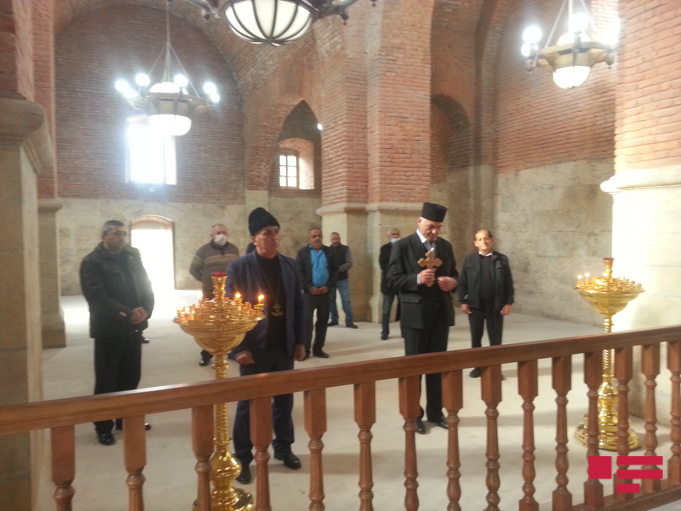 Video meetings have been held within the project "Although we are different, we are strong together"

Our country was successfully represented at the ethnocultural festival in Kiev

"Although we are different, we are strong together" project has been launched